The Center for the Restoration of Iraqi Marshes in Dhi Qar province disclosed on Saturday the rate of decline of the water in the Central and Al-Hammar Marshes (90 km east of Nasiriyah). It shrinked to less than 25%, while submerged areas during the past year accounted for 65% of the total area of those Marshes. The center warned that the environmental situation may seriously further deteriorate. This could cause high mortality among fish and buffalo herds in areas that have dried up.

Osama Witwit, the director of the center in Dhi Qar said in an interview with (Al-Mada Press), “The decline in discharges of Euphrates river water is most obvious in the Marshes of Nasiriyah, particularly the Central Marshlands and Al-Hammar Marshes, where submerged areas have fallen to less than 25%, having ranged between 75% in Al-Hammar and more than 65% in the Central Marshes during the past year”.

Witwit added that “Water discharges of the Euphrates River in the province of Dhi Qar reached their lowest levels in recent weeks (17 cubic meters per second). As such the caudal regulators of Suq Al-Shiyookh district were cut and the Central and Al-Hammer Marshes have been deprived of water coming from the Euphrates River”.

He explained that “the discharges of the river downstream, feeding the marshes, decreased to 13 cubic meters per second, 4 meters of which goes to Basra and the remaining goes across Al-Khmesiya channel to Hor Al-Snav (associated with Hor Al-Hammar)”, noting that “the water released to the Central Marshes from Al-Pterah River is very little, currently not more than 10 cubic meters per second”.

Witwit confirmed that “he informed the authorities, including the relevant ministries, that the Marshes are heading for disaster. The authorities promised a field visit to the province of Dhi Qar to discuss the matter at a special meeting to be held soon”. He pointed out that “the Ministry of Environment presented a study to the Council of Ministers showing the environmental risks in the areas of Nasiriyah Marshlands. Hereupon the Council formed a crisis cell from the ministries of water resources, environment, tourism and other concerned authorities in order to study the matter and improve the situation”.

Yahya Mohammed Baqir Al-Nasseri, the governor of Dhi Qar, announced on Tuesday 30 June 2015 that more than 35 villages in the Marshes of Nasiriyah had been affected by the drought in the Marshes, holding the Ministry of Water Resources responsible for the failure in water management.

The governor of Dhi Qar had designated on 1 June 2015 the Marshes of south of Nasiriyah as disaster areas, as these areas were exposed to large droughts as a result of water shortages mostly from the low levels of water in the Euphrates River. The governor called for the federal government and international organizations to put pressure on Turkey to release more water from the rivers feeding the Marshes. He reported the deaths of large quantities of fish and livestock.

Nature Iraq organization had revealed on Wednesday 3 June 2015 that 80% of buffalo herdsmen in the Central Marshes of Dhi Qar province have been displaced as a result of the drought. The submerged areas had declined dramatically during the past two months, and Nature Iraq warned of the risk of extinction of fish and biodiversity in Al-Hammar Marshes over the next few months if the situation remains as it is.

The health directorate of Dhi Qar province had warned on Sunday 7 June 2015 of water pollution and the spread of cholera disease because of the water issues in the Marshes of Nasiriyah. The directorate said that there might be a “very serious health setback” in the province, and called upon the concerned authorities to address water scarcity and prevent the draining of the Marshes. The directorate indicated that it is investing in preventive awareness and the distribution of chlorine in affected areas.

The governor of Dhi Qar on Monday 8 June 2015 drew parallels between the current water crisis taking place in the Marshes of Nasiriyah and the era of forced drying under the former regime, as he pointed out that the draining of the marshes has destructive implications on Dhi Qar province and its neighboring provinces. The administration of the province is following up with the Ministry of water resources on the developments of water crisis.

The Marsh area in Nasiriyah represents a fifth of the whole area of Dhi Qar (350 km south of Baghdad), and 10 administrative units out of 20 of the whole province. The area of Nasiriyah Marshes was to be 1 million and 48000 acres, before the draining in the early nineties, while the area that was flooded with water after 2003 was almost 50% of the total area of ​​the Marshes of Nasiriyah. 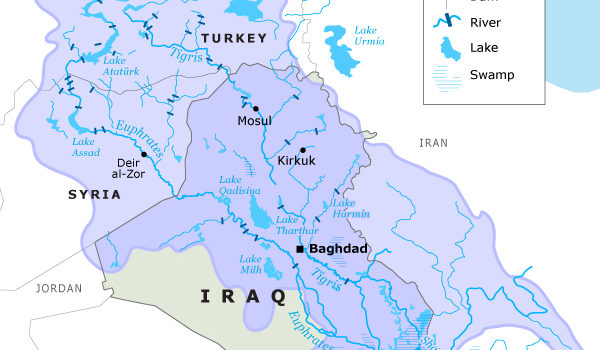 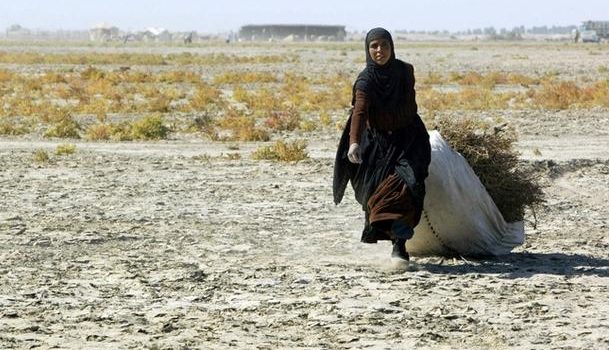 The First Mesopotamian Water Forum is Approaching – A Landmark Event!

Sulaymaniyah, Kurdistan Region of Iraq The Tigris and Euphrates Rivers, historic lifelines of Mesopotamia, stretch across the states of Iraq, Turkey, Syria and Iran. In past decades these…