For the Local Assembly of Syria, 23 activists and representatives of local organisations in Syria gathered online to discuss water-related issues, collecting opinions, ideas and challenges facing water security in Syria.

The initial discussion touched upon the Covid-19 crisis and its impact on water and environmental security in Syria. Some participants suggested that periodically sterilizing the streets, social distance and personal hygiene could slow down the spread of the virus.

Participants noted the importance of tree planting initiatives in the area of Northeast Syria, which was largely deforested in the past decades, to reduce carbon dioxide rates. Both Tigris and Euphrates flow through Syria and have been heavily affected by water pollution. The water quality of the Syrian rivers was discussed by the activists, in particular the rates of pollution. Many rivers have been suffering from waste discharge. Increased environmental awareness among policymakers and the population of the region will be necessary to reduce the amount of waste disposal. Additionally, the rivers in Syria are affected by the use of pesticides upstream by Turkish farmers. Some of this surface water has been polluted to such an extent that even Syrian farmers use it as fertilizer without any additions. To improve the water quality, strategic projects are required. One participant presented a water treatment facility on the Khabur river near Hasakeh, which is currently under way.

As for the international dimension, participants discussed the impact of Turkish actions in Northeast Syria, in particular the targeting of the water treatment station of Alok in Hasakeh. As a result, the region suffered from water scarcity for 15 days. Participants expressed that international support and mediation is required between Turkey and Northeast Syria, in order to prevent the use of water as a weapon.

Lastly, the Local Assembly of Syria discussed the outcome and future of the Mesopotamian Water Forum. Participants reviewed the declaration and how it can be incorporated in the local water struggle of Syria. Activists noted that achieving durable results will require a long-term effort, perhaps generations. In particular agreements on equal shares of water can take a long time to achieve. Activists in Syria realize that the region is at risk of a water war. Participants expressed that Syria on many occasions in recent history did receive its rightful amount of water flowing from Turkey. Some suggested not to rely on Turkey or the international community but to look for other solutions instead such as internal management.

Participants agreed that the Mesopotamian Water Forum initiative is important to foster dialogue on the issue of water on a regional level. Participants stressed that advocacy against the use of water as a weapon should be further pursued by the forum. The assembly also found that training of activists is important, in particular on the local level, and the forum can play a role in providing such training. Participants concluded that preparation in Syria for the next edition of the Mesopotamian Water Forum could start by drawing two teams. One group would be composed of specialists, working on data collection regarding water security, while the second group could be composed of activists with a legal background, to monitor quantity available in each region in Syria. Some participants of the Local Assembly of Syria expressed that the forum should meet periodically to discuss updates and support the creation of in-country teams.. 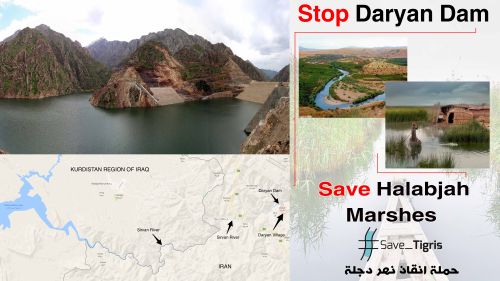 The Inhabitants of the antique city Hasankeyf have blocked the main road through their city in order to protest the Ilisu Dam Project and especially the resettlement process.…