Just two days after the 3rd Global Days of Action for Hasankeyf, on 10th June 2019, the news spread that the filling of the Ilisu Dam reservoir has been postponed. The responsible state agency DSI (State Hydraulic Works) declared to several media agencies that due to high river flow at the Ilisu dam site and uncompleted construction work in Hasankeyf and for roads in the affected region, the filling would be done later, probably in July.

In the last weeks we have declared in our statements and reports that part of the construction work in relation to the project still has not been completed, and to begin filling the reservoir now would be merely symbolic or propaganda, at least until winter. The Ilisu Project has seen many delays since the start of construction in 2010 due to the poor design of the whole project, as well as the size and technical challenges of the mega project, which have not been well calculated. Additionally, we stated that to start the filling at the beginning of the summer does not make sense, because the water flow is quite low until the winter.

More contradictary still is the statement the Governor of Batman (the province where the project is located) gave on 12th June, 2019 in which he states that there is no setback in the implementation of the project, and everything is going ahead according to plan. But still, no concrete date has been given.

But the 3rd global days of action for Hasankeyf have opened a new wave of protests in the society – people have remembered in a stronger their duty to act for this outstanding cultural and natural heritage. In many places all over Turkey, including the Kurdistan region, artists, political activists, and organizations of different kinds, as well as concerned individuals, have been taking actions and organizing different kinds of protests and activities during these days.

We believe strongly that the growing protests and media attention, affected the decision to postpone filling the Ilisu dam reservoir. The government’s plan is likely to wait until the new wave of protests die down again after some weeks or months.

Let’s not let this happen! People from all around the world can be in solidarity with the crucial struggle for the Tigris River with its people, biodiversity and culture! It is a struggle for life, nature, heritage and solidarity, and a success could strengthen social and ecological movements in the whole state. 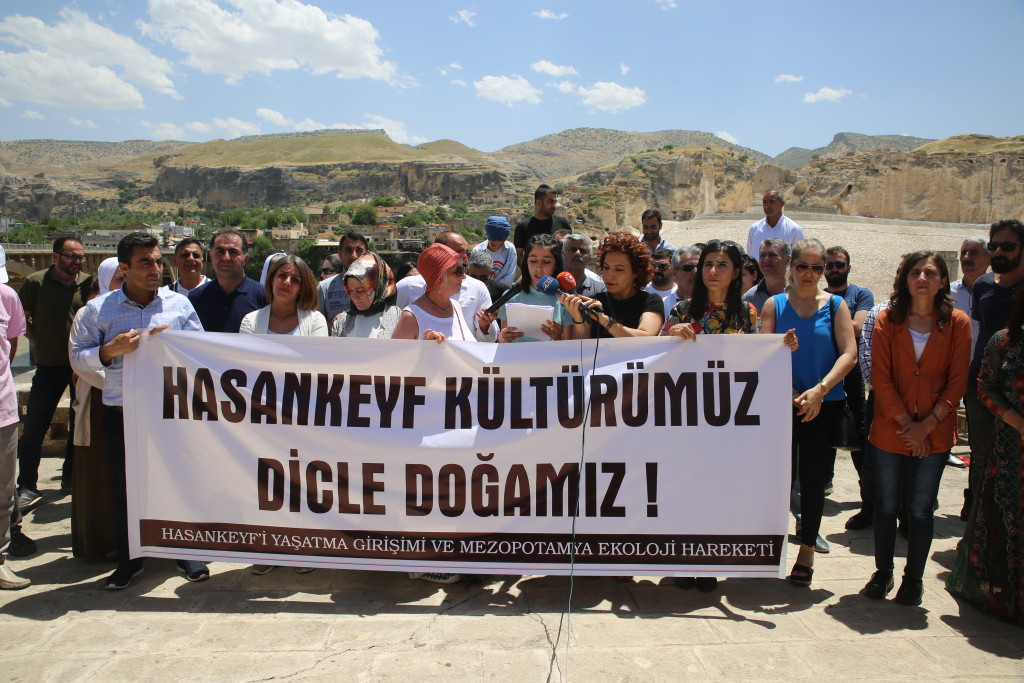 Summary report on the 3rd Global Action day
Following our call to join the 3rd Global Days of Action for Hasankeyf on 7th and 8th June, 2019, protest actions were carried out in in 35 cities against the destructive and controversial Ilisu Dam and Hydroelectric Power Plant Project. Under the slogan “Hasankeyf is our culture, Tigris our nature” people from Hasankeyf, Iraq, Rojava and nine European countries called for the Turkish government not to start filling the Ilisu Dam reservoir, as was announced for 10th June, 2019.

On the noon of 7th June, in several European cities, such as Frankfurt, Munich, Hamburg, Freiburg, and Ljubljana, activists joined the viral FridaysForFuture actions, bringingdiscussions about how large dams like the Ilisu contribute to the climate crisis. Afterwards, actions were carried out in two dozen cities. One of them was in Paris in front of the UNESCO headquarters. UNESCO has remained silent about Hasankeyf and the Ilisu Dam, despite many requests and petitions over the last few years. Another solidarity message came from the autonomous area of ZAD in the west of France. In Vienna, people protested at the central building of Andritz, the multinational company which is building the hydroelectric power plant of the Ilisu Dam. In London, an action was organized by solidarity groups in front of the Turkish Embassy.

In Iraq, actions against the Ilisu Dam and for Hasankeyf and the Tigris river took place in ten cities, from Sulaymaniyah to Basra, on the evening of 7th June. This high level of participation shows a strong awareness about the crisis of the destruction of nature and the need to struggle against destructive projects from the grassroots. 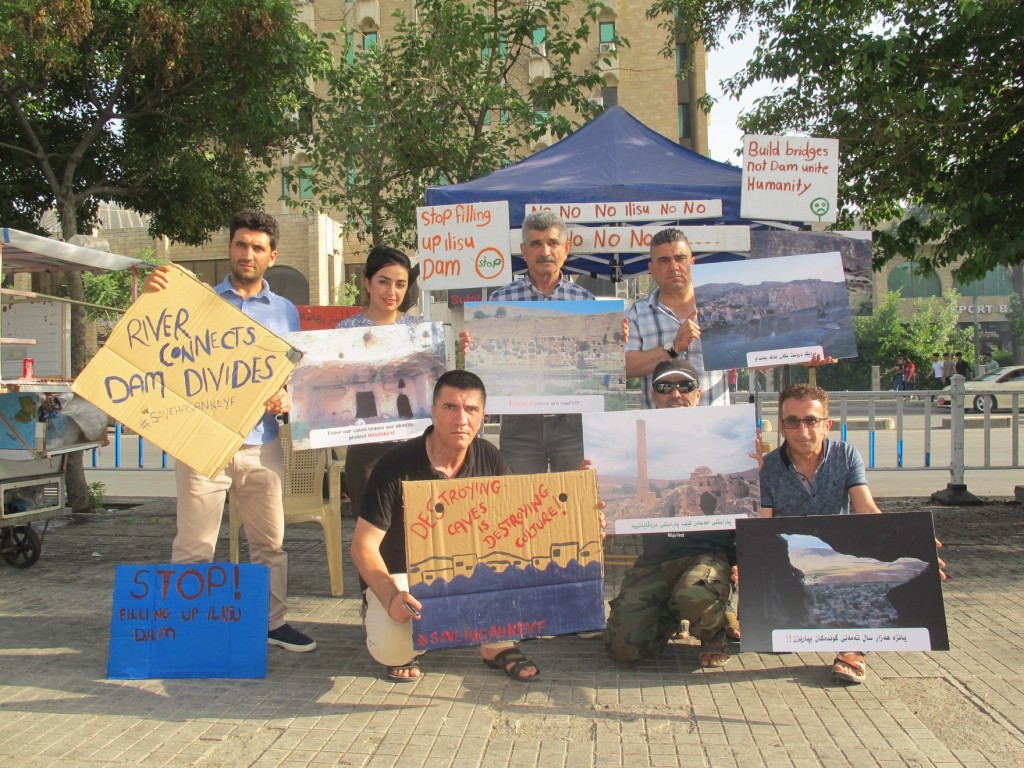 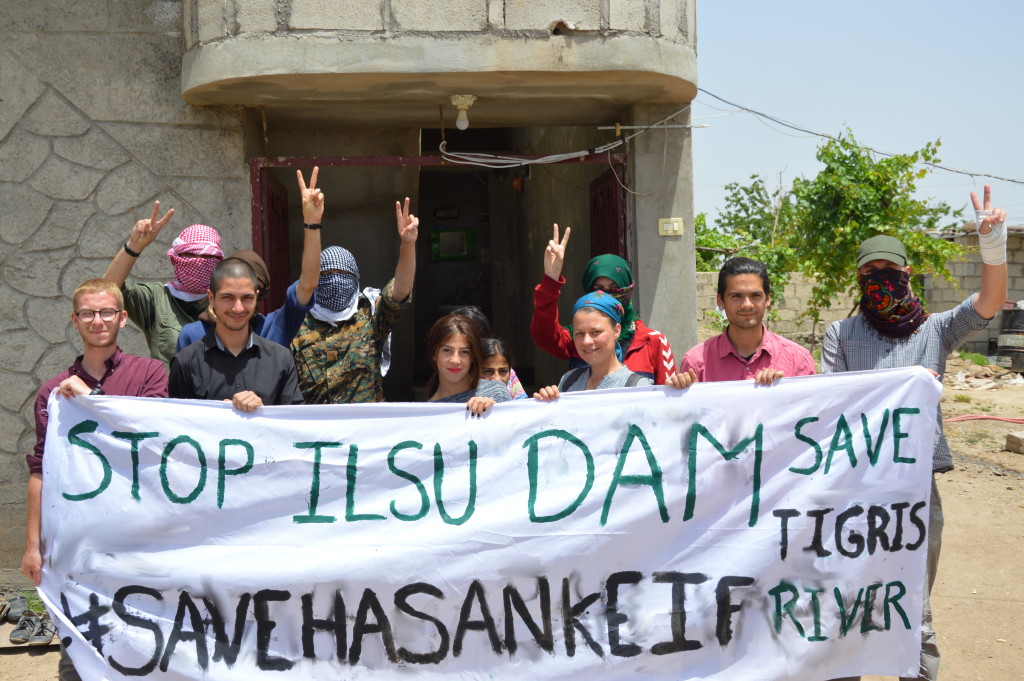 On the evening of 7th June we shared solidarity videos of 15 Turkish and Kurdish artists – including several very famous ones – in social media under the hashtag #HasankeyfİçinGeçDeğil. For a short while it was trending on Twitter. This is an expression of the rejection of the destruction of Hasankeyf and the Tigris River by the whole society of Turkey. An interesting contribution also came from the artist Elen Ture from France.

At noon on 8th June, dozens of activists, affected people, mayors and politicians gathered in Hasankeyf in order to make statements. Across all their speeches, the will to continue the struggle against the Ilisu Project was emphasized, even though the dam is near completion. Among the politicians to give speeches were the HDP deputy A.A. Bacaran and the British MEP Julie Ward, who had also sent a letter to Turkish president Erdogan on 2nd June expressing concerns about the Ilisu project.Zozan Şimşek read a statement calling for people and organizations to campaign, adding that many mega projects have been constructed, but have never operated, because of strong resistance. 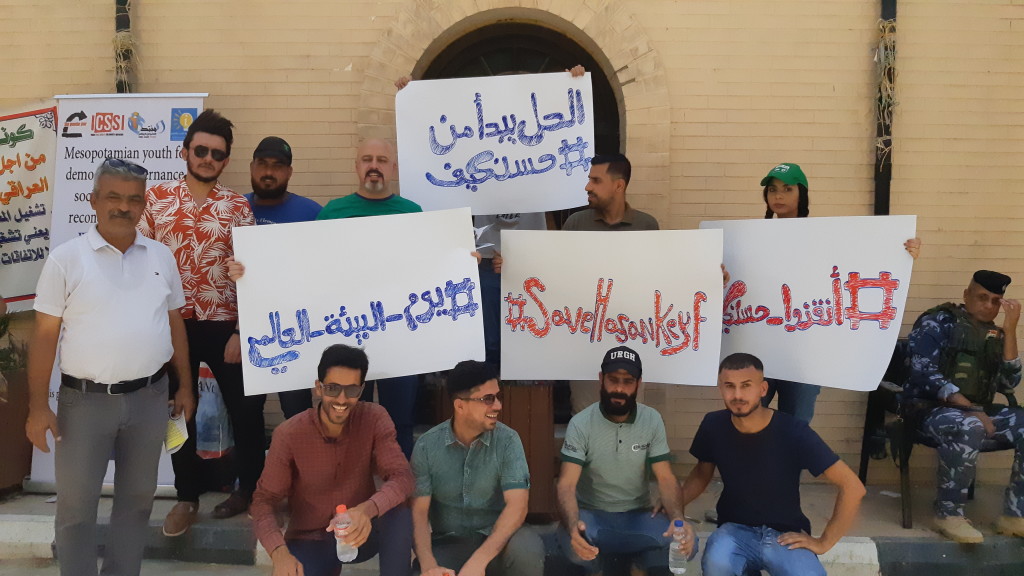 Petition started for Hasankeyf and Tigris
On 11th June 11 we started a petition in English against the Ilisu Dam, aimed at the Turkish government. The text is based on our call from 15th May, 2019, which was signed by 121 organizations so far. Sign and spread it!

Fostering solidarity across borders to protect the shared rivers of Mesopotamia!Save the Tigris

With great sadness The Save the Tigris Campaign has learned of the assassination of Honduran environmental and human rights activist Berta Cáceres in her home on March 3,…