Speaking at the inauguration of a national project in the Iraqi province of Dhi Qar, Al-Hamdani announced that his country was “determined to eliminate all violations of water quotas in Iraq. Attention to the agriculture sector is an urgent necessity for the Iraqi economy to succeed.” Al-Hamdani expressed he hoped “to deliver irrigation water to most agricultural lands.”

The comments of Al-Hamdani follow the recent visit of the Iraqi Prime Minister Mustafa al-Kadhimi to Turkey to discuss regional, bilateral, and economic ties. The sudden visit of top Iraqi officials to Turkey on 17 December 2020 led to speculation about the challenges ahead in the region that brought the two countries together. Iraq’s ambassador to Turkey, Hassan Al Janabi, said last week that Mr Al Kadhimi would discuss security, water and economic issues during his visit. Tensions between Baghdad and Ankara increased in recent years over water shortages in the Euphrates and Tigris rivers as Turkey pushed ahead with its dam projects, including Ilisu Dam.

Against the high expectations of the Iraqi side, no mention was made about the signature of the much-awaited protocol regulating fair water-sharing between the two countries from the Tigris River. Both sides are still negotiating the sharing of the Tigris river’s waters. The allocation of a monthly water quota to Iraq from the Tigris River is on the table. Turkey had dispatched a special envoy to Baghdad in 2019 for tackling water-sharing tensions with Iraq. Iraqi Prime Minister Mustafa al-Kadhimi during his visit to Turkey was hoping to achieve a breakthrough on the issue.

Iraqi Minister of Water Resources Mahdi Rashid al-Hamdani tried to sound decisive before accompanying Kadhimi on his visit to Turkey, as he talked about the Iraqi government’s ability to resolve the three-decade-long crisis with Turkey. He said that Baghdad will not let “courtesy” replace Iraq’s water rights, pledging to meet Iraq’s water needs during the coming summer. Hamdani stressed the existence of “serious negotiations to ensure Iraq’s water rights.”

Previously, on 12 December 2020, Turkish ambassador to Baghdad Fatih Yildiz had met with Hamdani, and said that negotiations on the Tigris River between Baghdad and Ankara have progressed. He also said that his country “believes that water is a subject of cooperation, not conflict.” On October 27, the Iraqi Council of Ministers had authorised Finance Minister Ali Allawi to negotiate and sign a protocol for cooperation in managing the waters of the main axis of the Tigris River between the Republic of Iraq and the Republic of Turkey. This authorisation came after Turkish President Recep Tayyip Erdogan sent a special envoy to Baghdad to reach an agreement on the waters of the Tigris River, within the framework of Turkish efforts to strengthen the relationship with the Kadhimi government and preserve Ankara’s economic interests in Iraq.

Iraqi analysts point to hardline stances taken by Ankara regarding this extremely vital issue for Iraqis. There is a widespread belief among Iraqis that Turkey is manipulating the Tigris River issue to achieve political goals, and for Iraqis this would explain why its water policy with Iraq differs from one government to another. Turkish experts however believe Iraq should invest in water to solve its water problem, highlighting particularly the lack of infrastructure. Turkey proposes to Iraq to build dams, invest in water, and solve the infrastructure problem. Turkish experts argue that to increase the water supply to Iraq is not a problem for Turkey. However they argue that even if the amount of supplied water rises considerably, Iraq will still need water because there is no structure to use it consciously.

Kadhimi’s efforts focused on signing a special protocol with Ankara on the water resources of the Tigris, which would stipulate deployment of field monitoring stations to measure flow rates, all the way downstream to the city of Basra in southern Iraq. The document would guarantee Iraq a constant water quota per month from the Tigris River, according to the Iraqi Ministry of Water Resources. The protocal would have regulated “the water relationship between the two countries on the main axis of the Tigris River following the construction of the Turkish Ilisu Dam,” which was prepared by Baghdad during the past three months, in full coordination with Ankara. The preamble to the protocol indicated that it came “based on the true desire of the Iraqi and Turkish governments to regulate the water relationship on the main axis of the Tigris River after the construction of the Turkish Ilisu Dam, and an affirmation by both sides of the principle of cooperation in the field of joint international waters, and a recognition of its importance in the agricultural, economic and social development of the two countries along the Tigris River.”

Sources in Kadhimi’s office said that the recently prepared protocol would have resolved the ongoing debate between Iraq and Turkey and hinted that Baghdad might use the trade with Turkey file to secure a fair water agreement with Ankara. The volume of trade exchanges between Iraq and Turkey is about 15 billion dollars annually, but the reality is that Iraq practically exports almost nothing to Turkey. Trade with Turkey is thus one way only and Ankara is keen on keeping it that way. 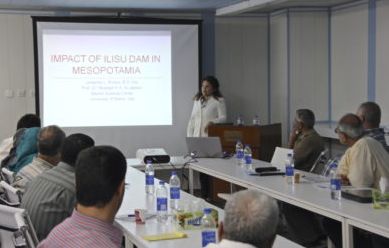 Impacts of Ilisu Dam in Iraq: A lecture at the Marine Science Center Basra UniversitySave the Tigris 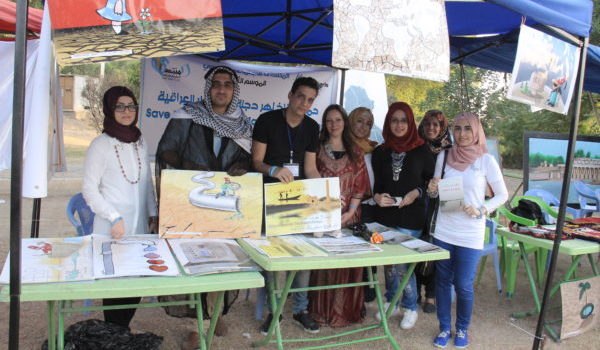 Ali Alkarkhi, Humat Dijla On the occasion of the International Day of Action for Rivers (14th of March) and the World Water Day (22nd of March) the fifth…