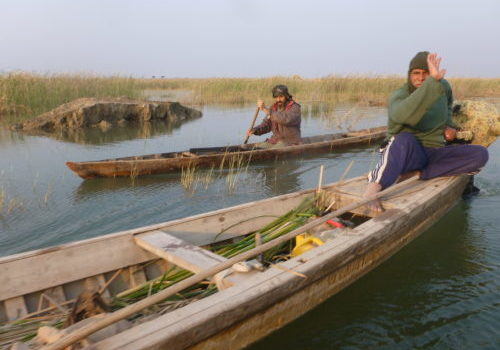 The Iraqi government is committed to keeping the Mesopotamian Marshes on the UNESCO World Heritage List. Located in the southern part of the country, the marshes were added to UNESCO’s list in July 2016. Previously listed Iraqi World Heritage sites are the city of Ashur, the city of Hatra, the Erbil Citadel and the city of Samarra. Although the Iraqi parliament voted to put an end to encroachments against the marshes May 14, many fear the possibility of Iraq’s losing its position on the World Heritage List and being denied the international recognition that would have been of great benefit for the country, especially since previously agreed-upon service and construction programs were not established.

First off, there are concerns about the Water Resources Ministry’s continuing to build settlement islands in the Chibayish marshes, south of Dhi Qar, which UNESCO considers to be a clear violation of the conditions the marshes need to meet in order to stay on the World Heritage List. In this context, Ajial al-Musawi, the chairman of the Committee on Tourism and Antiquities in Dhi Qar’s provincial council, told Al-Monitor over the phone that UNESCO’s objection is to the nature of the mechanisms used in building these islands in the marshes since they pose a direct threat to biodiversity in the area. Musawi said, “The government’s reluctance to implement the programs it promised worries us, and we fear the marshes would lose the chance to join the World Heritage List for good, especially since a UNESCO delegation is scheduled to visit us in the coming months.” Musawi said financial transfers within ministries could be “a solution to avoid the financial deficit we are experiencing and a quick fix to what may happen.”

The Mesopotamian Marshes represent a unique ecosystem in the Middle East. The 20,000 square kilometers (7,722 square miles) of freshwater surfaces extend over three Iraqi provinces — Maysan, Dhi Qar and Basra — and stretch between the Tigris and Euphrates rivers. This ecosystem provides life for nearly 80 species of birds, including the reed cane bird of Basra and the sacred ibis, as well as rare species of freshwater fish, wild animals, cows and buffaloes. Fluctuating water levels, poverty, lack of job opportunities, illiteracy, ignorance and lack of education, health services and energy services are all prevailing phenomena in the regions around the marshes.

The concerns expressed by local officials in Dhi Qar were not the first; similar concerns were conveyed by the Water Resources Minister Hassan al-Janabi, who is also in charge of efforts to add Iraqi sites to the World Heritage List. Two days before the UNESCO decision to add the marshes to the World Heritage List last summer, Janabi said the ministry was concerned that Iraqi archaeological sites could be removed from the World Heritage List because of Iraq’s failure to implement an administrative program to manage the sites in accordance with international standards. Janabi said at the time, “The process of adding the marshes and archaeological sites [to the World Heritage List] imposes significant obligations on the state more than on any other party. The government should abide by the plan it presented to the UNESCO negotiating committee, to implement a program to manage those areas, in accordance with international standards.” He added, “Iraq’s responsibility today lies in preserving those marshes and sites and maintaining the international ranking they receive.”

Iyad al-Shammari, a member of the parliamentary Committee on Tourism and Antiquities, told Al-Monitor that there were problems involving “overfishing and the absence of a suitable environment for rare birds to reproduce, amid a lack of job opportunities” that lead residents to fish and tamper “with the natural environment of the marshes.” He said, “These phenomena are a major worry for those concerned with the marshes.” He added, “We have no choice but to abide by our commitments to international organizations, even if this requires imposing the law by force in order to protect the aquatic wealth and birds.” Shammari also stressed the importance of “intensifying efforts during the trial period granted to Iraq, which will end in July 2017.”

The failure to implement programs and build a proper infrastructure in the marshes prompted those concerned at the Ministry of Water Resources to admit their inability to implement them because of the financial crisis plaguing the country. “With our ministry’s available resources, we have been able to establish 42 housing units to meet the needs of the local population and build a school and a veterinary department with a grant from the French Consulate,” said Samira Abdel Shabib, the director general of the Marshes Rehabilitation Center at the Water Resources Ministry. “We are still waiting for the funds allocated to the marshes to be released, estimated at 80 billion Iraqi dinars [$68.5 million].” On May 18, the Canadian Embassy in Iraq launched programs to develop administrative capabilities in the transfer of powers and the development of marshes in Dhi Qar, pointing out that the security stability in the province is a great motivation for joint action.

Although Shabib does not believe that the marshes will be removed from the World Heritage List, she said, “Preserving biodiversity and stability, in addition to answering to residents’ needs and refraining from grazing and overfishing, is more important to UNESCO than the establishment of infrastructure.” She added, “We have been working for quite a while on providing the families living in the marshes with electricity and alternative sources of power.”

‘The Water Will Not Last More Than a Month’: Northeast Syria Faces Critical Water ShortageSave the Tigris 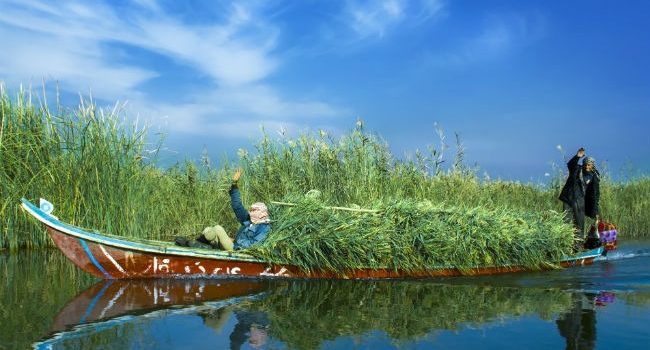