Permanent protections for free-flowing rivers need to be a centerpiece of every country’s national climate action plan. Chile can lead the way.

Ms. Soler is the founder of Geute Conservación Sur, Ms. Aguirre is the Latin America program coordinator of International Rivers and Mr. Orrego is the president of Ecosistemas.

The rivers of Chilean Patagonia cascade from snow-capped mountains through sheer rock facades and rolling hills, radiating bright turquoise, deep blues and vivid greens. The Puelo. The Pascua. The Futaleufú. Each is as breathtaking and unique as the landscape it quenches.

But these rivers, like many worldwide, have been threatened by dam projects that aim to provide power for distant cities and mining operations. Only one-third of the world’s 177 longest rivers remain free flowing, and just 21 rivers longer than 1,000 kilometers (621 miles) retain a direct connection to the sea.

If we are to arrest global climate change, prevent the toxifying of freshwater sources and do right by all those who depend on rivers for survival, we must return more rivers to their natural state.

For decades, rivers have been an afterthought in global climate talks, like the ones that concluded in Madrid this month. New streams of climate finance, like the Climate Bonds Initiative, may soon be available to large-scale hydropower projects. While renewable energy and its financing are an important part of climate solutions, hydropower dams are not the answer.

Hydropower is not a clean, green technology. Rivers help regulate an increasingly volatile global carbon cycle by transporting decaying organic material from land to sea, where it settles on the ocean floor. This draws an estimated 200 million tons of carbon out of the air each year.

As an Intergovernmental Panel on Climate Change scientist, Philip Fearnside, has documented, large dams, especially on tropical rivers like the Amazon, are “methane factories,” emitting in some cases more greenhouse gases than coal-fired power plants. This month in Madrid, 276 civil society groups attending the United Nations climate talks called on the Climate Bonds Initiative to exclude hydropower from climate financing.

Hydroelectric dams, when they are built, flood large areas of vegetation. This fuels decomposition and releases carbon dioxide, methane and nitrous oxide. Considered as a whole, hydroelectric dams emit a billion tons of greenhouse gases per year. This is comparable to the aviation industry, which emitted over 900 million tons of greenhouse gases in 2018.

Damming rivers affects both people and ecosystems. More than 60 million people in developing countries depend on lakes and rivers for their livelihoods. An estimated 80 million people have already been displaced by dam projects worldwide. The United Nations estimates that around one million animal and plant species are threatened with extinction, at least in part because of damming, river pollution, diversion for industrial agriculture and overfishing.

For more than a decade, Chilean environmentalists have been fighting dam projects. In 2006, the Chilean energy corporation Endesa proposed to build five major dams in the Aysén region, a sparsely populated area in the south of Chile that is home to one of the world’s largest ice fields outside of Antarctica and Greenland.

This dam project, called HidroAysén, would have flooded nearly 15,000 acres of forests to transmit power to distant cities and to fuel the country’s copper industry, which accounts for as much as 10 percent of Chile’s G.D.P. But at what cost?

A 2009 study by the University of Chile found large dam projects unnecessary to meeting the country’s future and growing energy needs. Communities threatened by HidroAysén organized. Across Chile, thousands of people took to the streets in more than a dozen cities. Environmentalists challenged the proposed dams in courts.

In spite of the government’s initial eagerness to greenlight HidroAysén, the Committee of Ministers scuttled the project in 2014, in recognition of the significant impacts the project would have had on one of Chile’s most iconic regions.

The current movement to protect Patagonia’s free-flowing rivers stands on the shoulders of the United States Wild and Scenic Rivers Act, passed in 1968, which protects 13,413 free-flowing miles of 226 rivers in 41 states and Puerto Rico.

Several Chilean organizations are working on Ley Ríos Salvajes, a campaign to create a wild rivers law. This places Chile at the forefront of countries using river protections as a means of adapting to and offsetting climate change.

Our efforts are also buoyed by recent developments that have seen legal rights granted to rivers in New Zealand and Bangladesh. Many international organizations, among them Rivers Without Boundaries and World Heritage Watch, contributed to the “Heritage Dammed” report, published in June, which calls for rivers to receive the same recognition and protection as the UNESCO World Heritage Sites they nourish.

This could grant renewed protections for some of the world’s most cherished rivers — among them the Nu-Salween and the Tigris — permanent legal protection from damming, diversion and pollution.

Countries that were the first to participate in a dam-building boom have started to dismantle or partly decommission their dams. In the United States, over 1,600 obsolete dams have been removed. The current five-year plan for economic and social development in China includes an effort to reconnect rivers, reversing years of unchecked dam construction that has contributed to the disappearance of more than half of the country’s 50,000 rivers.

We are organizing to protect Chilean rivers from a similar fate. Rivers will be irrevocably changed if the Chilean government doesn’t grant them permanent legal protection. If the global community cares about the climate, it needs to do a lot better by its rivers. 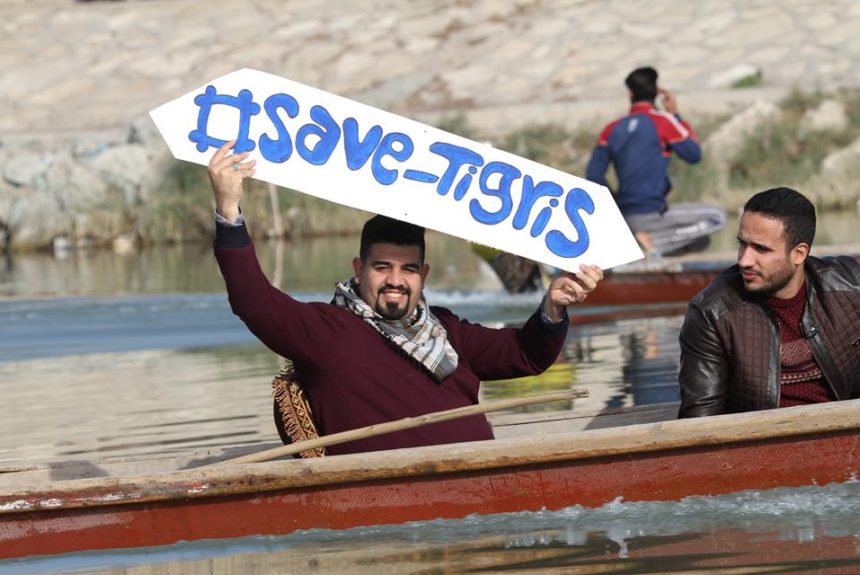 With great sadness The Save the Tigris Campaign has learned of the assassination of Honduran environmental and human rights activist Berta Cáceres in her home on March 3,…