Referring to your message about the legal safeguards for the protection of the marshes, I have discussed the matter with some academics colleagues at the University of Mosul, – who have a sincere and genuine interest in the subject of environmental dangers resulting from Ilisu Dam, and we got the following results:
In spite of the failure of the Iraqi government in the duties set out in2005 Constitution and more particularly in Article 33, P-2, which states: ((state guarantees to protect and preserve the environment)) as well as Article 110 relating to the competences of federal authorities and prescribed in paragraph 8, which mandated them (( planning policies relating to water sources from outside Iraq and guaranteeing the levels of water flow)), but it can be prosecuted by Iraqi citizens directly based on the following:

(1) – The Environmental Iraqi Law No. 27 for the year 2009 prevented in Article 14, paragraph (6) ((any acts lead to the contamination of surface water resources)). Since the dam Iliso will cause water pollution, then we can resort to this law, especially as it decides a penal sanctions on the violator in Article 33.

(2) As we pointed out -previously- in the Iraqi civil law No. 40 of the year 1951 (the amended) there is plenty of legal safeguards because it is based on the general principle that exists even within the Turkish legislation which is the principle of no harm quoted from the Ottoman judicial sentences and the principle of removing damage and the principle obliging damager with compensation, all of which can be used to prosecute through the courts.

Note: During the discussion, some colleagues raised the idea of prosecuting Turkey through the European Human Rights Court basing on that the international community is now linking the water rights with the basic human rights, because the right of access to water is linked to the right of human existence and dignity and the need to preserve it, the thing which many people talked about at the Global Water Summit held in Budapest / Hungary, where the Chairman of the Advisory Board for water and development of the UN linked between the human right of water and the right of existence and human dignity.

The Unity of WaterSave the Tigris 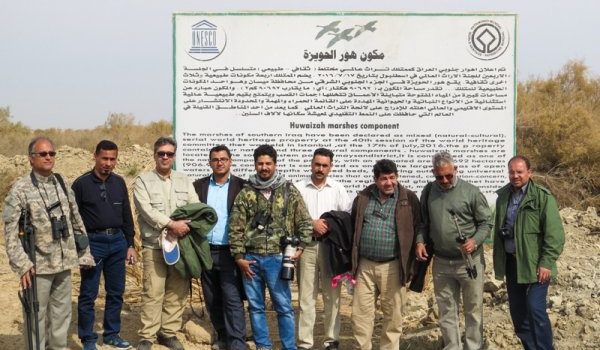 Iraq and Iran’s Hawizeh Marshes: Threats and OpportunitiesArticles by the campaign, Save the Tigris

The inscription in 2016 of the Marshlands into the UNESCO World Heritage List was an important milestone for Iraq, which would not have been possible without strong efforts…