Rivers Are the World’s Heritage. Time to Treat Them as Such.

Commentary by Josh Klemm on 1 July 2019 for Mongabay

Against this backdrop, the issue of dams has come back into focus as a number of critical sites, profiled in the Heritage Dammed report, face renewed threats. These include:

• The fate of the Selous Game Reserve in Tanzania — a world class biodiversity hotspot for African wildlife, including endangered species — that is set to be inundated by the planned Rufiji Dam. The plans have provoked an international outcry, prompting one of the world’s largest dam builders, China Three Gorges, to state publicly that it would not pursue the project because it would be located within a World Heritage site.

• The future of the Mesopotamian Marshes in Iraq, which sustain important freshwater fisheries and a vibrant local culture, after the government of Turkey announced the completion of the Ilisu Dam near the headwaters of the Tigris River. Opponents around the world have rallied to contest plans to begin filling the reservoir, which would submerge the town of Hasankeyf — renowned for being continuously inhabited for the past 12,000 years — in the process. Filling of the reservoir has been postponed as a result, but the threat remains.

The Sumatran Rainforest site in Indonesia, officially listed as “In Danger” since 2011 over the construction of dams and other developments. The site has again emerged as a flashpoint in light of the discovery of the newly identified species, the Tapanuli orangutan, with only 800 remaining and at risk of extinction with a dam proposed in the middle of its only habitat. Plans to build the 510-megawatt Batang Toru Dam have been cast into doubt, however, as the Bank of China announced it would reevaluate its plans to finance the dam in light of sustained protest.

To proactively address the growing threat of dams, the report makes specific recommendations for how the Committee can improve the protection of rivers, including the use of preemptive strategic environmental assessments, among other precautionary measures.

But beyond protecting existing sites from harm, the World Heritage Committee needs to broaden its conception of what constitutes a natural site to recognize the intrinsic value of rivers, particularly free-flowing rivers, and the critical role they play in sustaining life. Free-flowing rivers form the bedrock for local cultures and communities and have huge ecological significance, serving as the world’s last bastion of dwindling freshwater biodiversity. Indeed, a recent study by WWF found that dams are the biggest culprit in the 83 percent decline in freshwater biodiversity experienced globally between 1970 and 2014. Yet of the world’s 177 largest rivers, only one-third are free flowing, and just 21 rivers longer than 1000 kilometers retain an unobstructed connection to the sea.

Many free-flowing rivers sit adjacent to existing World Heritage sites, but their values are not recognized or protected. For example, the actual river ecosystems of the Three Parallel Rivers of Yunnan heritage site in China are deliberately excluded from the protected area. They are now threatened again by the construction of mega-dams on all three rivers, including one of Asia’s last free-flowing rivers, the Nu-Salween, which originates in the Tibetan Plateau and flows through China and Myanmar. Still more of the world’s threatened rivers have no world heritage designation, from the mighty Congo River in Central Africa to the Karnali River, Nepal’s last, most pristine free-flowing river.

While the world’s last free-flowing rivers are often subjected to reckless plans to harness them for their hydropower potential, the Baku meeting is also coming at a time of positive momentum as countries have begun to recognize the rights of rivers and river advocates lead campaigns to secure permanent legal protections for rivers. The World Heritage Committee should join this growing movement and take the lead in calling for free-flowing rivers to be protected and the nomination of iconic rivers as World Heritage sites. 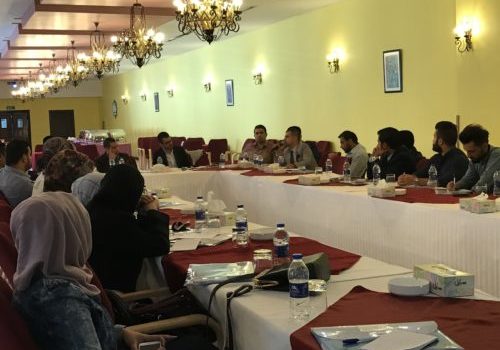 “Our Marshlands”, The First Iraqi Gathering of of the Marshes Civil Society CoalitionSave the Tigris

Mystery Over Thousands of Dead Carp in Euphrates River

The New Arab, 3 November 2018 Iraqi fish farmers south of Baghdad have been left reeling after finding thousands of dead carp mysteriously floating in their cages or…