Dams & Climate Adaptation: Save the Tigris Participates in the COP26 Coalition’s People’s Summit

Facilitated by acting Save the Tigris Coordinator Kevin Mason, the session, entitled ‘The Makhoul Dam: Do the Social, Cultural, and Environmental Costs Outweigh the Stated Benefits?’, focused on the effects of climate change in Iraq and the resurrection of the Makhoul Dam project. The session was started by Chair of the Save the Tigris Board Toon Bijnens, who gave an overview of the climate change context in Iraq.

The Government of Iraq, in partnership with the UN Environment Programme (UNEP), has launched a process to develop a National Adaptation Plan (NAP) to build the country’s resilience to climate change. A key aspect of Iraq’s NAP process is to identify, assess and bridge existing gaps in climate knowledge. At the same time, the Iraqi president has proposed the Mesopotamia Revitalization Project, based on nine substantive schemes for climate adaptation.  It is designed to reinforce Iraq’s commitment to fighting climate change, and its commitment to the Paris Agreement. The program focus on 4 issues: reforestation; water management; housing and urbanization; and energy transition.

Yet at the same time, to tackle the issues of climate change the strategic goal of Iraq is to construct a dams across its territory, with the aim of storing water for irrigation and hydropower. In this framework, the Iraqi Ministry of Water Resources has started the development of the Makhoul Dam. We have witnessed the start of the construction work of this dam in May 2021 and currently preparation work for the body of the dam is ongoing. Located 40 km downstream of Ashur, the Makhoul Dam’s reservoir would flood the southern part of the ancient city for a number of months during the year; archaeological remains would suffer from infiltration of water. Despite these consequences, the Iraqi government regards climate fragility as a reason to rapidly develop its surface water resources. Storing surface water in dam reservoirs, mostly for agricultural irrigation, is regarded by Iraq as an effective climate adaptation measure to mitigate water shortages.

In the session Save the Tigris discussed how dams, contrary to the discourse, can actually accelerate climate change. Especially in Iraq and the Middle-East, there is the idea that dams are a valid climate adaptation method. The Makhoul Dam should be framed within this debate.

Dams can accelerate climate change. River damming changes the natural flows of rivers and induced water scarcity in downstream areas. It can disrupt and transform the hydrosphere, the most vulnerable part of the climate system, through greenhouse gas emissions and other impacts. Dams in itself are vulnerable to climate change; they may be out of operation due to droughts or flooding. Civil society organisations around the world have called to eliminate financial incentives for new hydropower projects within climate change mechanisms, such as the Green Climate Fund. Even the World Bank, which has funded many dams across the world, has also admitted that large dam projects are vulnerable to precipitation and flow patterns due to climate change and reliance on hydropower for projects will increase uncertainty.

Following, Save the Tigris Research Intern Alice Abbas discussed the impacts of the Makhoul Dam and outlined the recent fieldwork she conducted in the area of the Makhoul dam in collaboration with Humat Dijlah. The construction of the Makhoul Dam officially started in May 2021 and it is planned to make up a water reservoir of about 3 billion cubic meters. The dam which is expected to be completed in 2024, will have an impact on the ecology of the area and decrease biodiversity. At the same time it could cause large-scale change to the ecosystems of the Tigris and the Great Zab. This would lead to great losses of riverine species and plants living by the flowing water. The downstream effect of the dam risks impacting animal habitats along the river, because of an alteration to the organic material and sediments in the water. Shifts in the flow of water could also threaten the already vulnerable flora and fauna of the Ahwar of southern Iraq.

Additionally, the site where the Makhoul Dam is being constructed lies within an area of with many important archeological sites. Excavations have revealed more than 16 layers of civilizations at this location, such as the civilisation of Sumer, the Assyrian civilization and the Akkadian civilization. Only 10-20 percent of the archeological sites within the area have been excavated, where at least 202 historical sites could be found. The most famous sites are the ancient city of Assur (Qal’at Sherqat), and the city of Kar-Tukulti-Ninurta (Telul al-Aqr). The city of Assur is on the UNESCO list of historical sites and could be seen as the seed to the Assyrian empire and culture, and is of unexceptional importance to the history of mankind. It is also on the list of World Heritage in Danger because of the Makhoul Dam project. The water of the Makhoul reservoir would reach the walls of the city, and the process of ebb and flood would expose it to water infiltration, which could damage about 30 percent of the city of Assur.

“We have not accepted the dam, I have built a new house and our community is benevolent. We had to flee during the time of IS, for three years and we suffered. Cancel the dam project, I want our neighborhood.” – A woman from Zwiye (42).

“Our area is precious to us, [the dam] would strongly harm us. The displacement from IS felt like it took 20 years of our lives, and now we will be displaced because of the dam, where would we go?”  – An employee at a local education agency in Zwiya (38).

The broader impacts of dams such as Makhoul are increased environmental degradation and loss of biodiversity, disruption of access to water resources and livelihoods. This is exacerbated by the lack of a basin-wide approach and the cumulative impacts of dams. It would undermine economic and political stability, as well as human security in the region. It is therefore possible that current efforts to reduce vulnerability to climate change inadvertently exacerbate conflicts, especially as a result of community displacement. Climate adaptation must be linked to other efforts such as livelihood or heritage protection. While water security is an essential strategy, intelligent climate adaptation policies need to measure their success against multiple objectives, not just the one target of increased water storage or agricultural output as is common in Iraq’s climate policies.

Save the Tigris would also like to extend our thanks to Humat Dijlah who was integral in organizing the Makhoul Dam research. 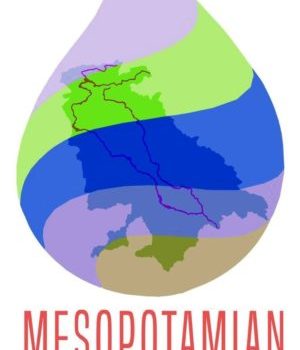 Registration For the 1st Mesopotamian Water Forum is Open!Save the Tigris

Into Thin Air: New Report by Save the Tigris Examines Evaporation Losses From Dam Reservoirs in Iraq