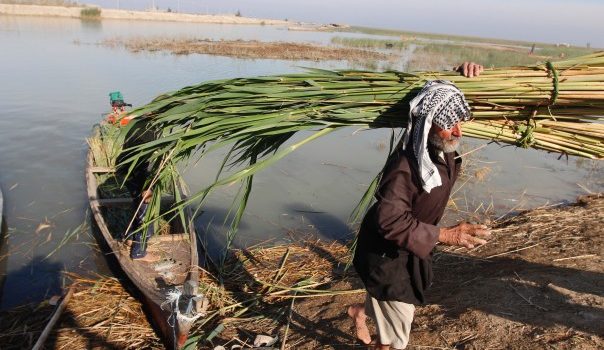 By Toon Bijnens, ICSSI and Save the Tigris Campaign

How can Iraq safeguard its water provision from the Tigris river? This was one of the central questions at last week’s Sulaimani Forum at the American University of Iraq in Sulaymaniah, as four water experts gathered for a panel discussion on the issue. With the opening of the Ilisu Dam in Turkey fast approaching, and a rising water demand within Iraq, the urgency of the issue is greater than ever. “At the current rate, Iraq will run out of water in 10 years,” stated water consultant Andrea Cattarossi. Monadel Fadel al-Mahdawi, from the Ministry of Water Resources, demonstrated with numbers how the water flow of the Tigris river is diminishing: The annual flow to Iraq of the Tigris river went down from 49 BMC in the previous century, to 33,1 BMC in the last decennium.

The water situation in Iraq requires both national as well as international solutions. On the national level, Mukhtar Hashemi (Newcastle Institute for Research on Sustainability) explained the need for an integrated, environmentally conscious management approach. Cattarossi stressed the necessity of better coordination and information-sharing between authorities in Iraq. In order to create an impact assessment of the Ilisu dam, as well as a general future plan on water provision in Iraq, credible data is important. Therefore authorities within the country should share their information among each other. Next to that, Cattarossi advocated for large investments in Iraq, in water and agriculture infrastructure and irrigation methods, in order to cultivate land in a more sustainable way and to limit fresh water losses. Currently 80% of water coming from Iraq’s rivers is used for agriculture, of which an astonishing 70% is lost after irrigation, never again to be recovered.

At the international level, tensions have risen between Iraq and Turkey due to upstream dams which have been built on the Euphrates river, and dams which are currently still under construction, such as Ilisu in Southern Anatolia. All panel speakers agreed that building dams is not the way to move forward.  Hashemi stressed the need for regional cooperation between Iraq, Turkey, Syria and Iran through a legal approach, within an institutional framework. Cattarossi agreed, but nonetheless did not fail to express that Iraq has been taking its water problems very seriously. “However, Iraq cannot work alone. It needs cooperation with neighboring countries”. Al-Mahdawi explained how Iraq has been negotiating since the 1970s for an agreement on equal shares of the Tigris and Euphrates waters with Turkey. However, all riparian states of the Tigris river have different views on the concept of international rivers and water sharing. According to al-Mahdawi, Turkey has ensured Iraq projects like the Ilisu dam will cause no harm to Iraq. Yet Turkey is not willing to come to a written agreement with its neighbor.

The failure to reach an agreement requires a new approach towards negotiations with Turkey. Cattarossi stressed that the riparian states should build more trust among each other. Fellow speaker Azzam Alwash stressed the need to construct an economic model that creates trust between Turkey and Iraq. He called for thinking out of the box. “We need to come up with new ideas to move forward”, Alwash said. “We need to change dialogue from ‘whose water is this’ to ‘how can we cooperate’”. He explained how Iraq, in its negotiations with Turkey for an agreement on the Ilisu dam and Tigris river water shares, should aim for a bigger agreement on regional cooperation, which can include trade and electricity as well, among other goods. Iraq has a good chance of finding a compromise with Turkey on Ilisu, if the issue is part of a larger package. Alwash explained how the expansion of trade can be a means of greater regional cooperation, which can have a spill-over effect on water as well. Instead of a division between the two countries, water can be a connecting source between Turkey and Iraq. An agreement over Ilisu can be a first step towards water cooperation, and a push towards regional cooperation and peace. “The Tigris river can be something that unites”. 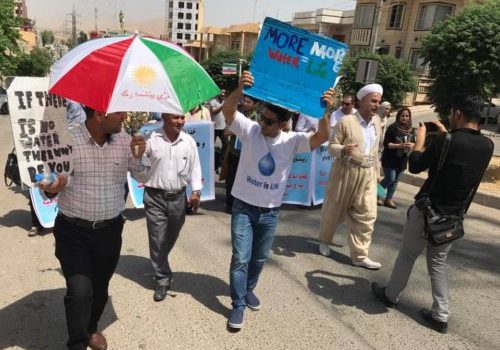 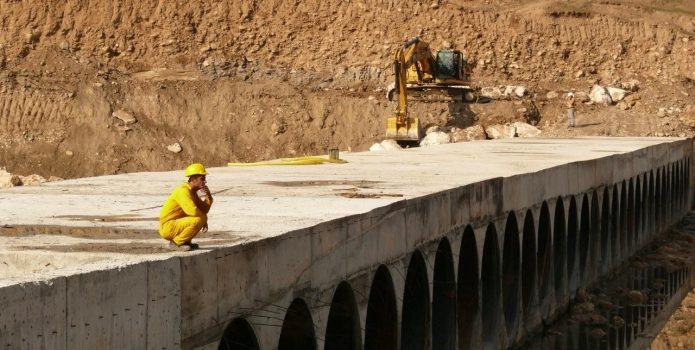 The Mosul Dam and the Italian Role. What are the Risks?

Press release by the Save the Tigris and Iraqi Marshes Campaign, 20 January 2016. 1. Mosul Dam, the largest dam in Iraq, now the most dangerous dam in…