Iraqi Prime Minister Haider al-Abadi gave instructions on Feb. 11 to stop the encroachment upon water quotas and increase the water share to Al-Mejar district in Maysan province in southern Iraq.

Abadi’s instructions came days after tribal conflicts in Iraq’s southern provinces broke out over agricultural land water quotas, prompting activists in the province to launch a campaign titled Save the Tigris in a bid to end the water crisis. There are already conflicts plaguing those provinces — especially Basra, where water issues between the southern tribes have already escalated into armed conflicts.

Hassanein al-Munshid, a civil activist in a local campaign in Maysan province working to end the water crisis, told Al-Monitor, “Tribal conflicts are intensifying in the province because of the water crisis, which might lead to additional fighting.”

He added, “There is a tribal sheikh in the northern areas of Maysan province controlling the water flow of the Tigris River to irrigate his farms. There are top officials who are aware of his acts of encroachment, but the government cannot do anything about it.”

For security reasons, Munshid did not name the sheikh.

Majid al-Gharabi, a sheikh in Diwani province, told Al-Monitor, “The reason behind the tribal differences over water is that some clans are diverting the flow of water to prevent it from reaching the farms of other tribes.”

On Jan. 21, Iraqi Minister of Water Resources Hasan al-Janabi wrote on his Facebook page, “Turkish Foreign Minister Mevlut Cavusoglu said in front of Abadi that Turkey is committed to postponing the filling of the Ilisu Dam and that the Turkish president is committed [to not harming] Iraq. We definitely have specific demands we seek to achieve peacefully and diplomatically in this regard.”

In an interview published by Foreign Policy Concepts on Jan. 7, the Iraqi minister said the country’s water scarcity is intensified by excessive control measures in the upper reaches of the Tigris and Euphrates rivers.

Of note, 70% of the water that flows into Iraq comes from outside of Iraq’s borders, and this issue — just like any other — affects and is affected by politics, so Turkey’s construction of the Ilisu Dam faced strong Iraqi objections given the risks of drought it entails for Mesopotamia.

In the province of Dhi Qar alone, 20 clan clashes erupted recently due to water scarcity, according to Mayor Hussein Ali Raddad of the Islah district, who also confirmed that the local government in the province failed to reach any solutions regarding the issue.

Ali Raddad told Al-Monitor, “The crisis we are facing now lies in the tribal conflicts that sometimes escalate into violence.”

Iraqi officials say the reason behind the water crisis in the country is that not enough water is flowing into Iraq from Turkey, warning of a looming “disaster” in the coming months.

Meanwhile, a number of citizens blame the Iraqi government for the tribal conflicts erupting in the country, saying the government is incapable of monitoring the distribution of water quotas to farmers. Some tribes are not getting their share of the water while others are getting more than their specified quota, citizens told Radio Nawa.

Water is not sufficiently flowing into farms from the main sources in their provinces, worsening the issues between tribes.

The water crisis may serve as the impetus for new demonstrations in Iraq, specifically in the southern regions where some tribes warned the Iraqi government of a “war” that may erupt in the absence of appropriate measures to resolve the water crisis.

In Maysan province, water shortages are no less serious than those in Dhi Qar, Samawah and Wasit. The capital city of Maysan, Amarah, may suffer a major disaster as a result of drought, as waves of displacement will ensue, the marshes will dry out, the livestock will die and the agriculture industry will be doomed, officials say.

Parts of southern Iraq are going through a phase no less serious than the situation in the Sunni areas of Anbar, Salahuddin and Ninevah. Water is the dwindling lifeblood that could lead to long-term tribal fighting in those areas.

Despite its attempts, the Iraqi government is seemingly unable to control the tribal differences over water in the areas of southern Iraq, especially considering that there are tribes and families controlling the water flow and preventing it from reaching other farms and areas.

The Iraqi government may have to resort to a military option to end inter-clan disputes over water and force tribes to divide water quotas. Otherwise, some farms will be deprived of their quotas.

Help to Raise £100.000 for Water Projects in Rojava!Save the Tigris 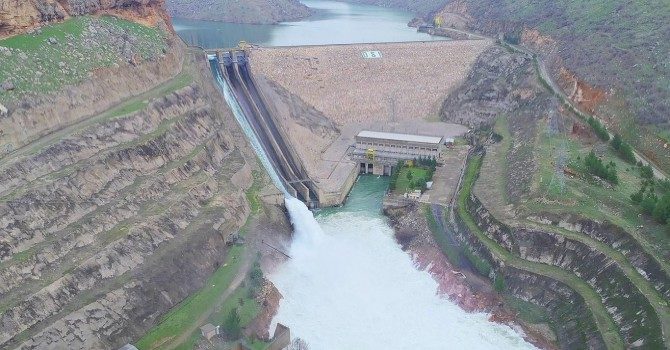 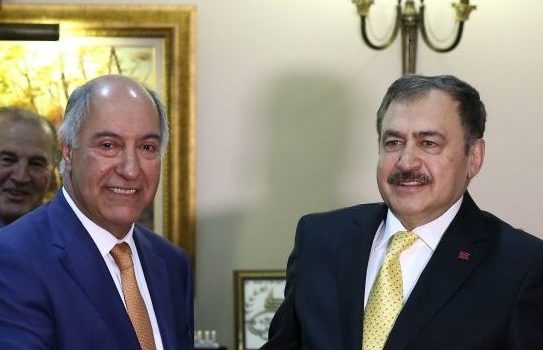 The Iraqi Minister of Water Resources comments on Ilisu Dam – a positive or negative development?

By Ismaeel Dawood Statements issued by government officials, especially ministers, are considered as evidence of significant positions of their countries on sensitive issues. Governments in general are very…