The Internal Displacement Monitoring Centre (IDMC) embarked on a new research programme in December 2018 to investigate internal displacement associated with slow-onset environmental change. Based in Geneva, Switzerland, the IDMC is one of the world’s most important sources of data and analysis on internal displacement. In February 2020 it published a report exploring the displacement triggered by water scarcity in the south of Iraq. Its findings were based on quantitative and qualitative data collected between June and July 2019 among both displaced and non-displaced people from Basra, Missan, and Thi-Qar governorates.

The full report is available here.

The convergence of governance gaps and environmental change is undermining the ability of families in southern Iraq to sustain themselves from agriculture and live-stock production, forcing many to move. This area lies at the lowest reaches of the Tigris-Euphrates river basin, where water flow is most limited and heavily polluted by upstream run-offs or seawater intrusion. Factors contributing to this situation include the indirect impact of climate change on the region in addition to the loss of arable land; the increase of urban water demand paired with an outdated and neglected infrastructure prone to leakages; and, finally, the absence of a transboundary governance agreement for the Tigris-Euphrates river system between Iraq, Syria and Turkey. As a consequence of these slow-onset environmental changes, arable and livestock farmers are less able to draw water, either because of scarcity or poor water quality. The individual capacity to adapt is, however, limited. The vast majority are unable to afford the investments needed to modernise their farming methods. Many respondents also point to the absence of a functional policy or system to support the agricultural sector in the face of these challenges. The long-standing consequence of these dynamics is a gradual abandonment of agriculture. After years of decreasing agricultural yields, crop failures and livestock deaths, ever more families feel forced to move. Most of the displacement is rural to rural in nature. In such a context, social and tribal connections are particularly important and act as a conduit for and safety net in displacement. Respondents indicated that displaced people would return permanently if they felt they could sustain their agricultural livelihoods with sufficient water resources, but the question is whether these communities have already crossed a point of no return given the magnitude of the environmental challenges. Pending potential return, those displaced will need to be supported through vocational training and access to services. At the same time, the resilience of farmers needs to be strengthened to prevent further displacement, both through the development of rural areas and support for adaptation of agricultural practices. Mitigating environmental degradation in Iraq will also require more equitable distribution of water resources in the region, and better water management at country-level. 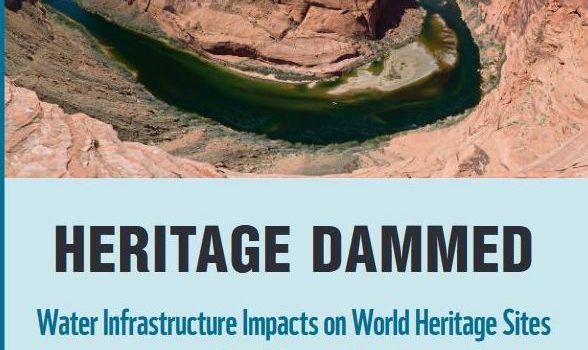 New Report to the World Heritage Committee: International Action Needed to Halt Dams and Save Marshes

A new report compiled by Save the Tigris member Rivers without Boundaries and World Heritage Watch, a draft of which was presented by civil society during the World…